By Prem PrakashSeptember 15, 2020No Comments

As discussed in the earlier post “Guide To Technical Analysis: What Is Candlestick?“, This article is a continuation of the post.

This guide is aimed towards intermediate and advanced traders where we explain what are indicators and how to use them to get the perfect entry and exits in a trade for maximizing the profit.

Technical indicators are tools that help in understanding Technical Analysis in a better way.

The best way to use technical indicators is to go to TradingView which is one of the web-based charting platforms available on the internet. All you need to do is visit TradingView, type up the asset name in “Ticker” and load up the chart.

Technical Indicators are of two types:-

It is used to forecast the future trend of a market which helps traders to predict market movements too early. It can give false signals too, so it is often used with other technical indicators.

It gives delayed signals based on historical trends. It is used by traders to confirm the price trend before taking any position.

But the question arises when to buy or sell with the help of moving averages?

Moving averages are of two types:-

It is the simplest form of moving average. It can be computed by the arithmetic mean of a given set of values.

→ How to calculate Simple Moving Averages:-

It is a kind of moving average that is more sensitive to price changes. It gives a quicker indication of buy and sells as compared to that of simple moving averages.

→ How to compute Exponential Moving Averages:-

Here no. of observations = 2

Crossover:- A crossover is generally used by an analyst/trader for forecasting the trends of a particular asset. Crossover signals can be used to buy or sell an asset. It gives us an idea about breakout and breakdown.

Let suppose 50 day MA crosses 200 day MA at some point on the candlestick chart, that point will indicate a change in trend (bullish).

It is a type of technical indicator which was developed by John Bollinger. It is used for generating oversold and overbought signals.

These bands will expand or contract as the price of an asset becomes volatile or becomes range-bound.

The market becomes more volatile when the band widens since standard deviation is a measurement of volatility.

→ How to calculate Bollinger Bands:-

m = no of standard deviation (generally it is taken 2) 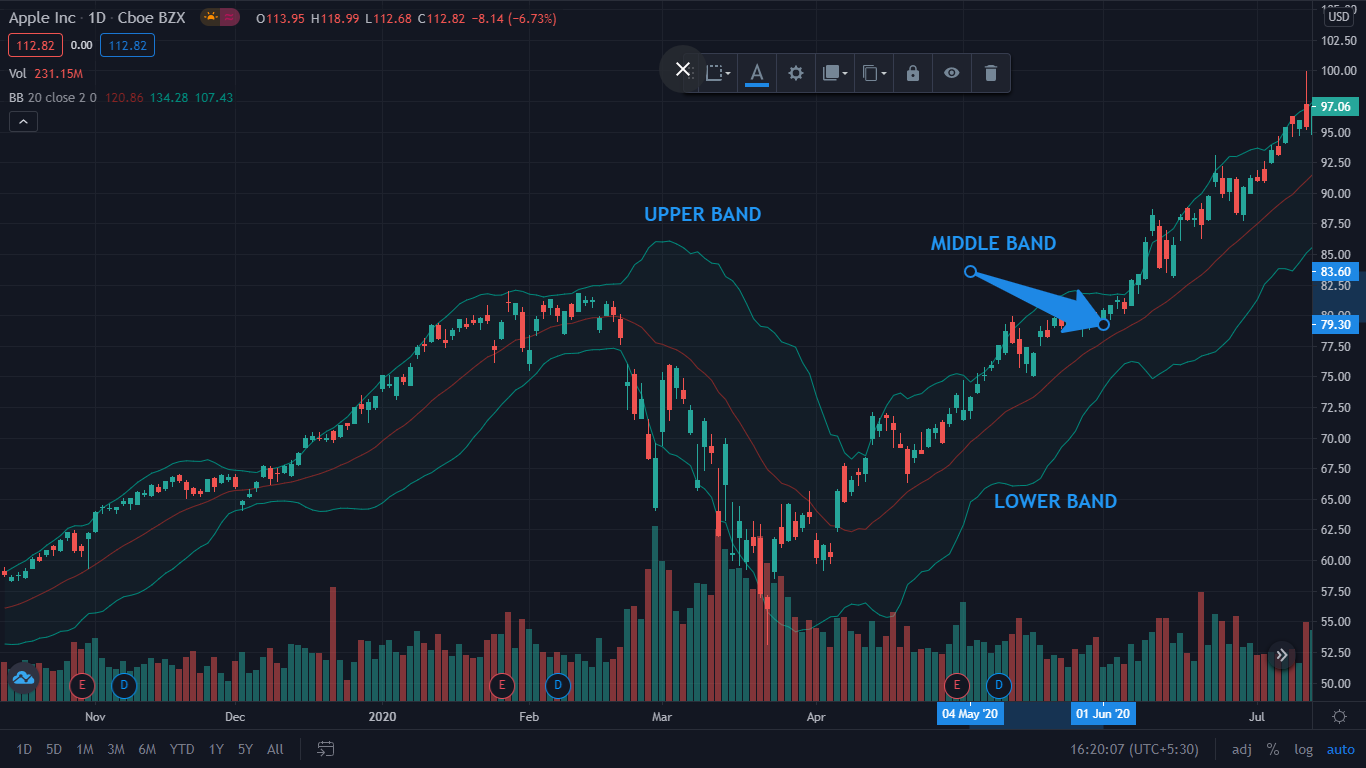 The Squeeze:- When bands come close together, it is called the squeeze. It is a period of low volatility and is anticipated as a potential sign of increased volatility.

Moving Average Convergence Divergence or MACD is an indicator that shows correlation between two moving averages of an asset’s price. It is the difference between 12-day EMA and 26-day EMA. It represents trend-following as well as momentum.

MACD Line:- The points obtained by calculating the difference of 12-day EMA and 26-day EMA when plotted on the base line gives a MACD line.

MACD Histogram:- It is drawn by computing the difference between the MACD Line and Signal Line.

MACD Crossover:- Whenever MACD Line and Signal Line intersect each other, it forms a crossover. MACD crossovers can be either bullish or bearish. 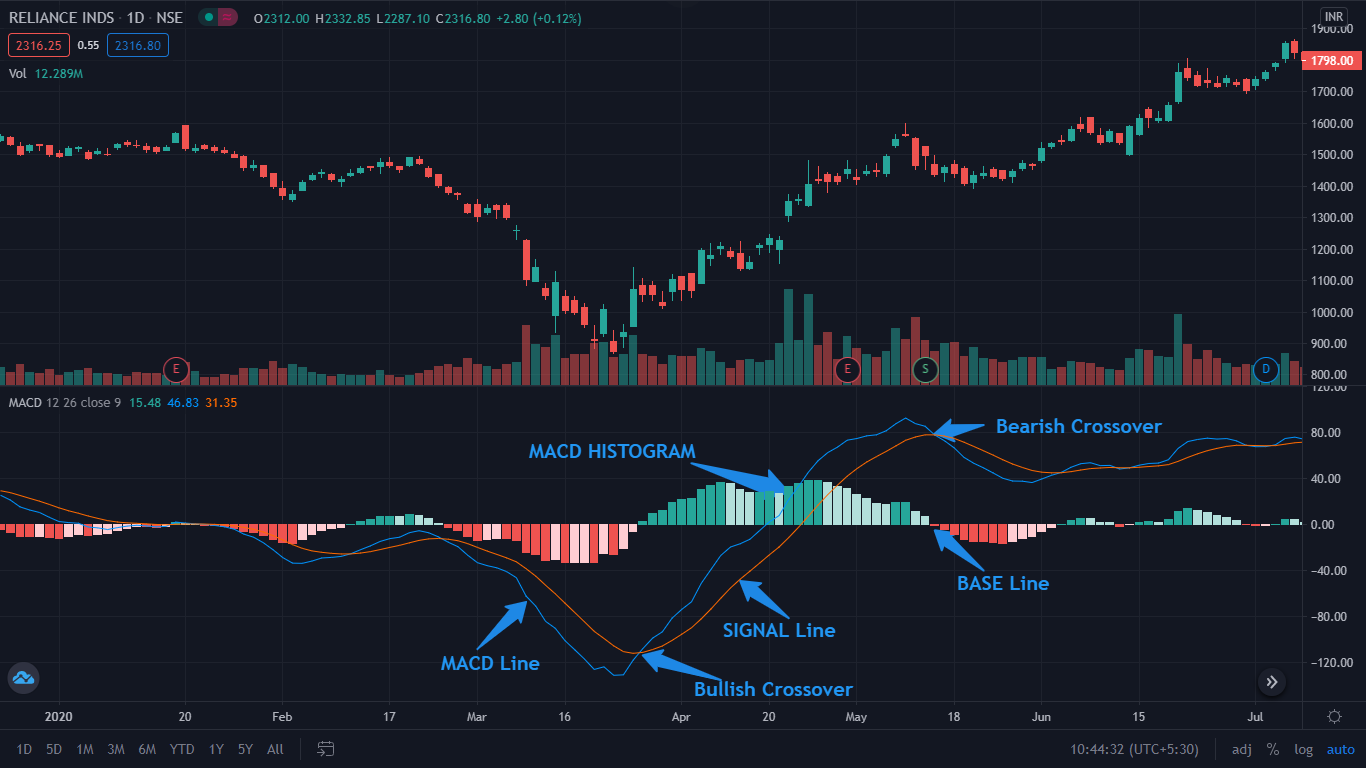 It is formed when the price of an asset is moving in the opposite direction of a technical indicator. Divergence is an indication that the current trend might change.

A bullish MACD divergence can be when the MACD forms two rising lows that correspond with two falling lows on the price. It is a bullish signal when the long-term trend is still bullish.

A bearish MACD divergence can be when the MACD forms two falling highs that correspond with two rising highs on the price. It is a bearish signal when the long-term trend is still bearish.

RSI is a momentum indicator and was developed in 1978. It is used to identify overbought and oversold zones of an asset. It is displayed as an oscillator and has readings ranging from 1 to 100.

How to calculate RSI manually:- 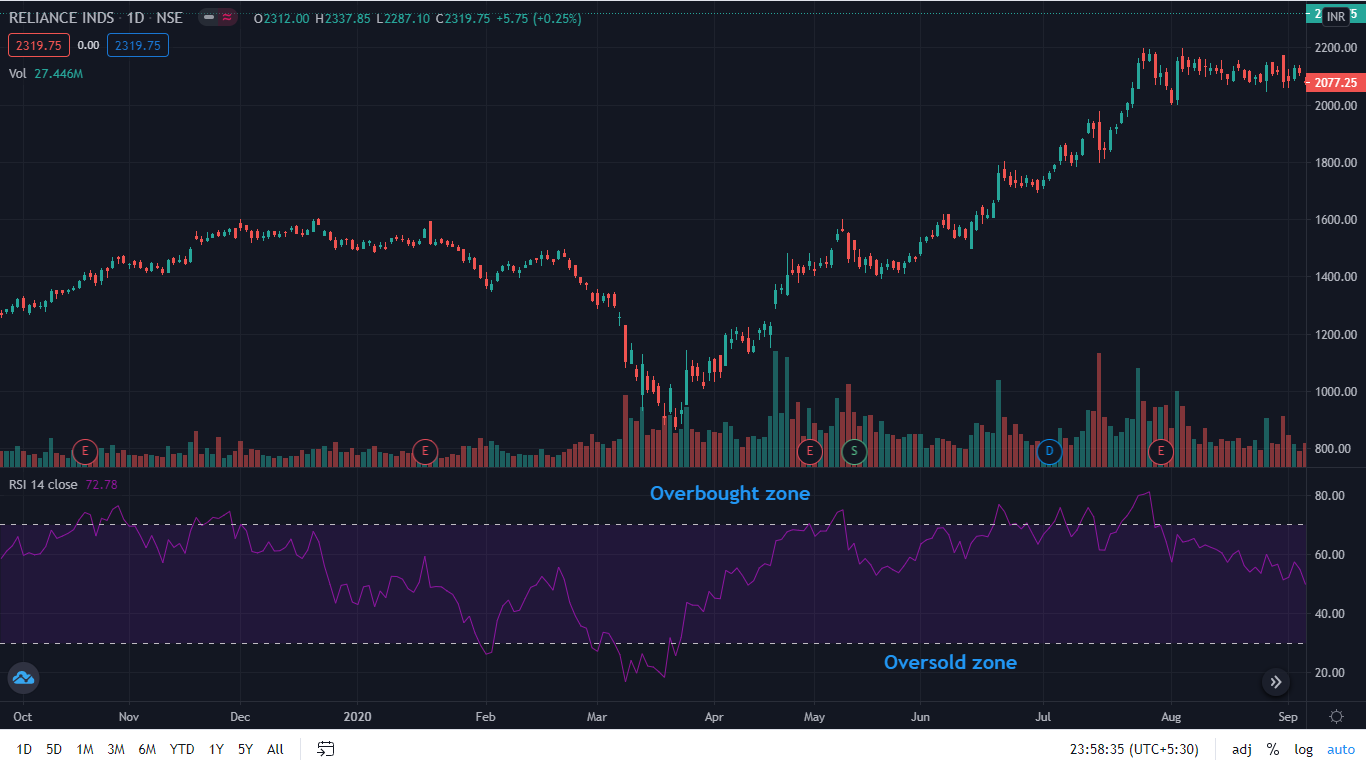 A bullish RSI divergence is formed when RSI forms a higher low in the oversold zone which corresponds to lower low price action. For taking fresh long positions one should wait for the RSI to cross the oversold territory.

A bearish RSI divergence is formed when RSI forms a lower high in the overbought zone which corresponds to higher high price action.

On-Balance Volume is a momentum indicator that is used to predict changes in asset prices with the help of a volume indicator. If volume increases without a change in the price of an asset, then it shows that volatility can be on either side.

It is prone to give false signals, so in order to produce accurate findings, it can be used with lagging indicators like moving averages.

How to compute On-Balance Volume:- 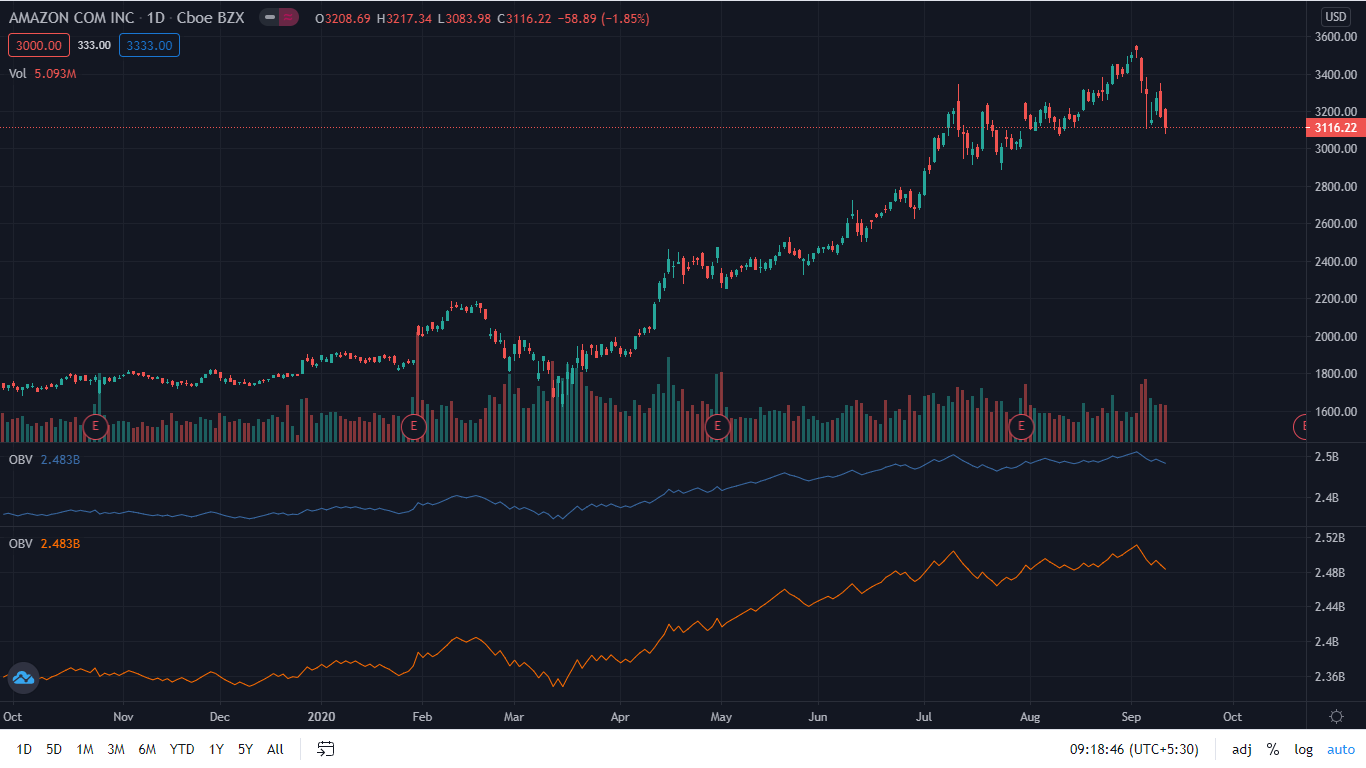 This is also a leading indicator that is used to identify potential reversal levels. These are horizontal lines that indicate where supports and resistances are likely to occur. These are the ratios that are found in the Fibonacci sequence. Most popularly used Fibonacci retracement levels are 61.8%, 38.2%, 23.6%.

Fibonacci Series:- It is a sequence of numbers starting from 0 arranged in such a way that the value of any number in the series is the sum of the previous two numbers.

1.618 is called the golden ratio and it is also called phi.

When a number in the Fibonacci series is divided by its immediate succeeding number, then a unique pattern is also found;

Similarly, when a number in the Fibonacci series is divided by a no. two places higher;

Similarly, when a number in the Fibonacci series is divided by a no. three places higher;

Whenever an asset moves either upward or downward sharply, it tends to retrace back before its next move. Let suppose an asset moves upwards quickly and a trader missed a chance of entry earlier, he can enter the trade after a pull-back or retracement. The first retracement level to watch out will be 23.6%, then 38.2%, and then 61.8%.

Swing High:- A swing high is when an asset makes a high and is followed by two consecutive lower highs.

Swing Low:- A swing low is when an asset makes a low and is followed by two consecutive higher lows.

How to use the Fibonacci retracement tool?

Note:- This indicator produces the best results when coupled with other technical indicators. 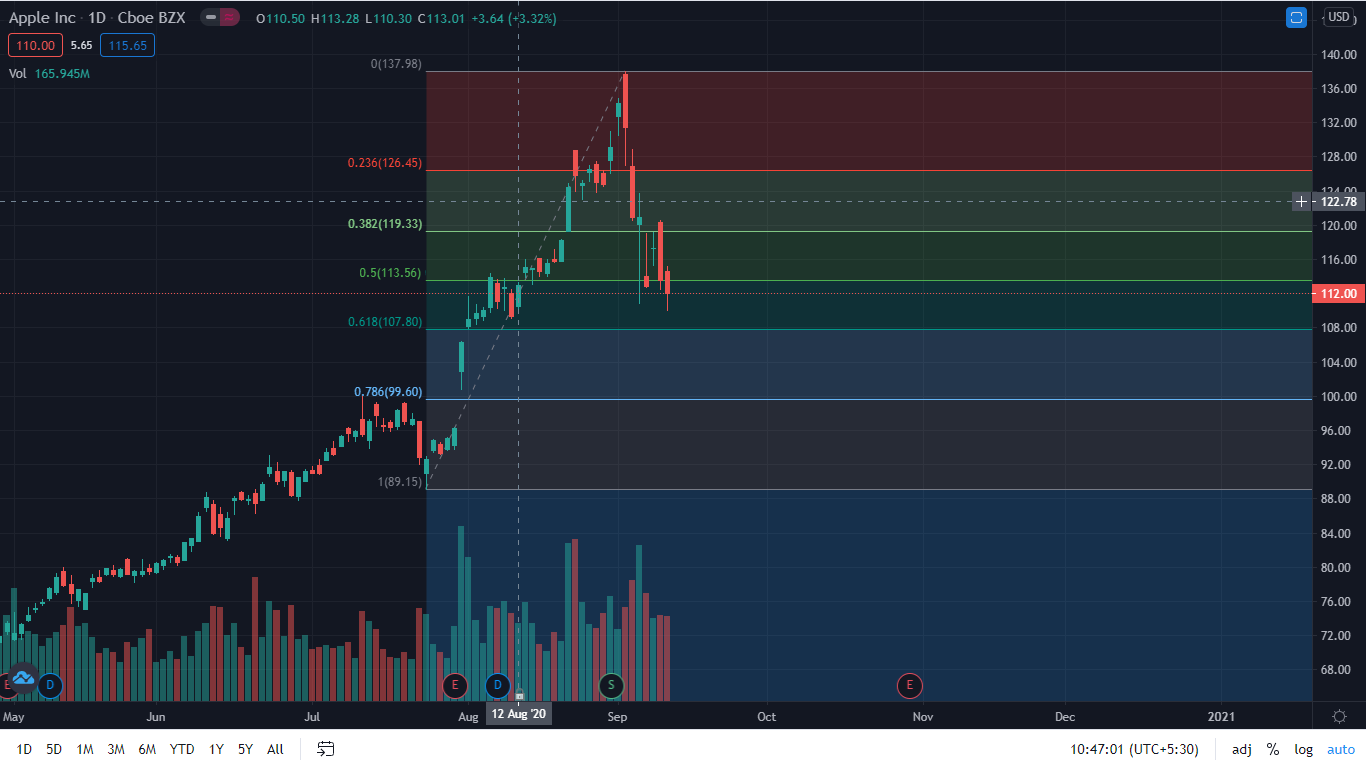 It is a leading indicator that is used to determine the overall trend of an asset and can be applied to all time frames. It is the average of high, low, and closing prices of an asset. On the basis of pivot points, support and resistance can be computed for an asset.

How to calculate pivot points? 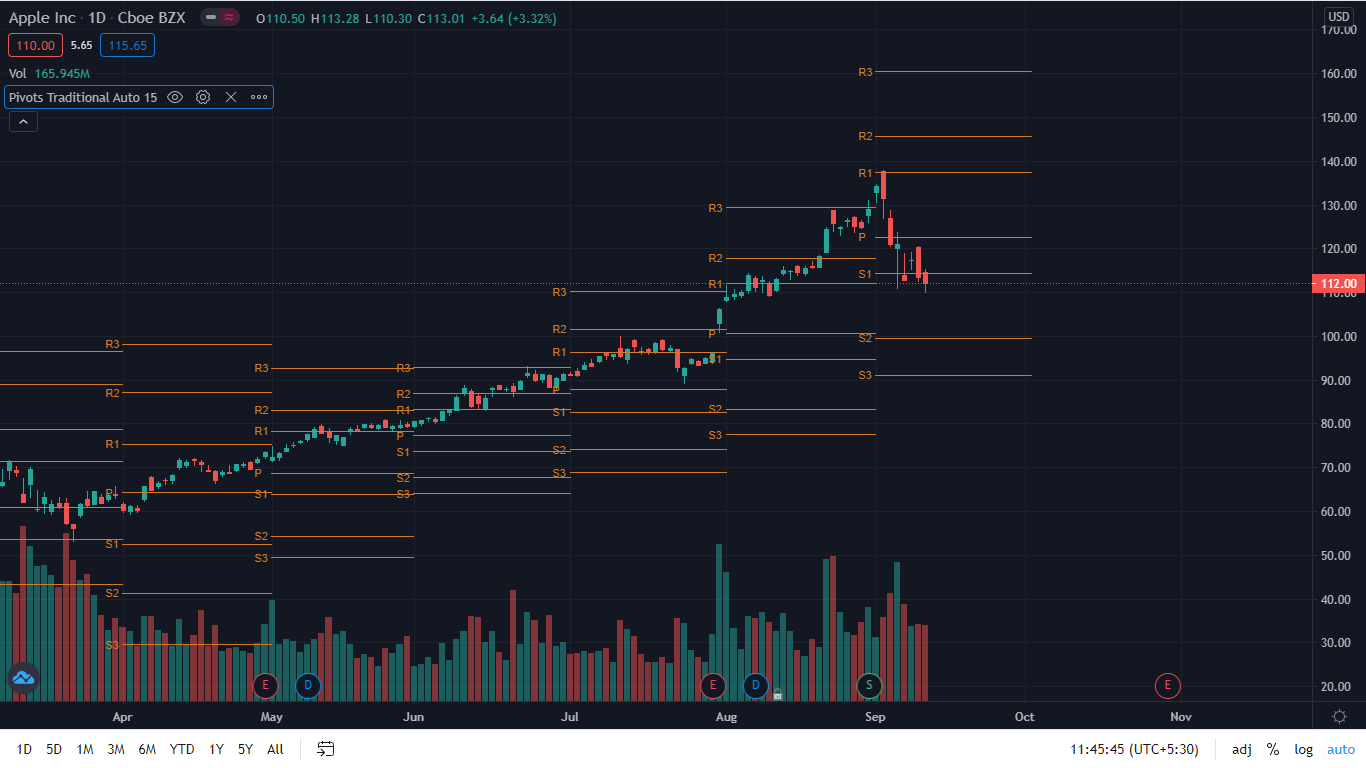 With the help of Technical indicators, one can understand the proper entry and exit price of an asset, with which one can easily maximize their profits. We would love to respond to any queries you may have. Feel free to reach out to us by commenting on this article.

Engineering Graduate from NSIT, Delhi. Crypto Enthusiast, and travelholic. Head of Marketing and PR at Own Token. Love to solve mathematics riddles.

Yes Premia Credit Card: What You Need to Know

How to Apply for ICICI Sapphiro Credit Card: The Complete Guide 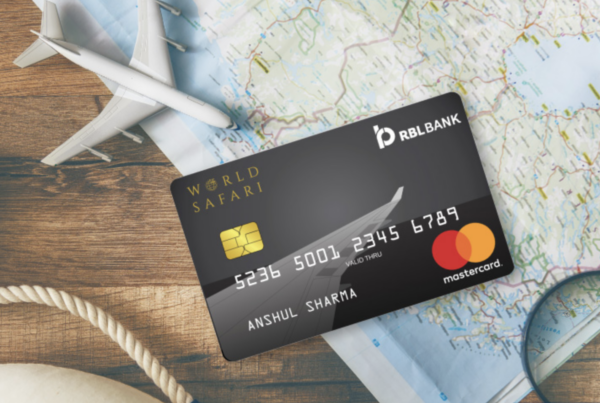 RBL World Safari Credit Card: Know All About It!