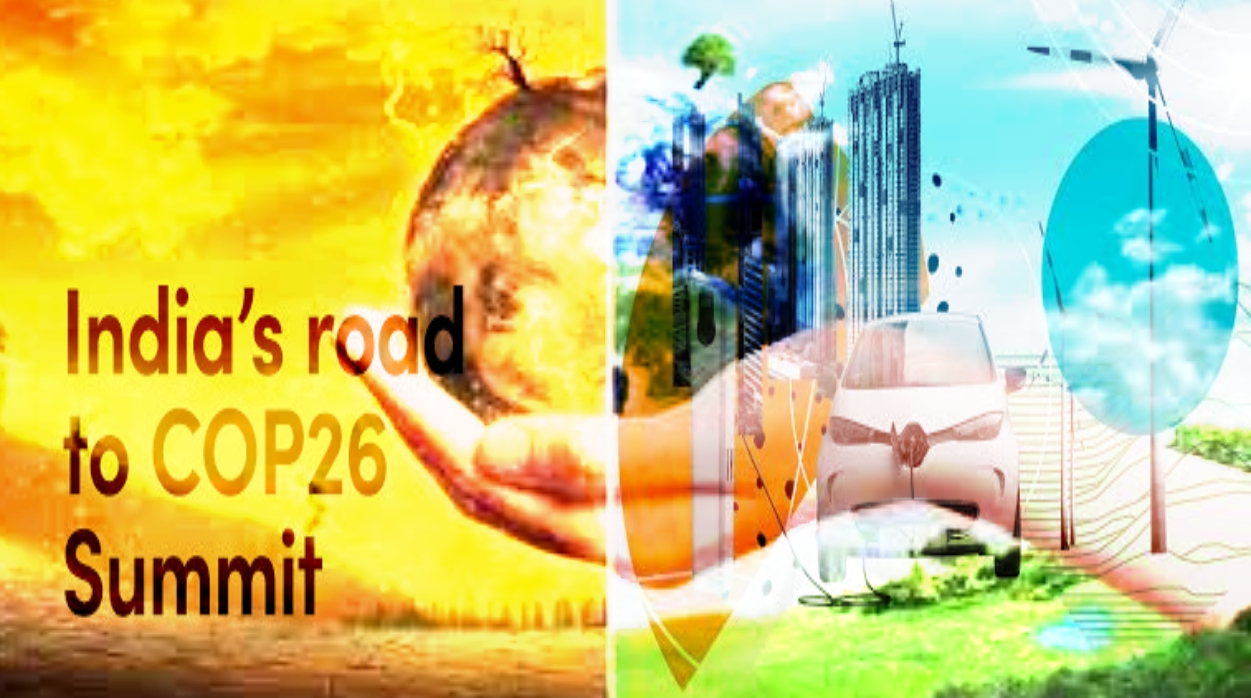 By Naman SharmaNovember 11, 2021No Comments

India set a goal to achieve net zero carbon emissions by 2070 at the COP26 climate summit this week. Delegates at the climate conference in Glasgow were taken aback by India’s statement, given it had previously rebuffed efforts to announce such a target. RP Gupta, the environment secretary, has claimed that laying out a plan to cut emissions was more important than achieving carbon neutrality.

A net-zero aim is the date by which a country will only release carbon dioxide and other greenhouse gases that can be absorbed by forests, crops, soil, and emerging technologies such as carbon capture technology. NET-ZERO TARGETS OF OTHERS 2050: The United States, the United Kingdom, Japan, and the European Union Saudi Arabia, China, and Russia in 2060 India in the year 2070 Rich countries such as the United States, the United Kingdom, and Japan, as well as the European Union, established a goal of 2050, whereas China, Saudi Arabia, and Russia set a goal of 2060. However, as a developing country, India will find it more difficult to eliminate fossil fuels such as coal.

After China and the United States, India is third in the world in terms of greenhouse gas emissions. It is also one of the most vulnerable countries to climate change. India is the seventh-most affected country by catastrophic weather disasters, according to the GermanWatch think-Risk tank’s Index2021. India’s goal of achieving net-zero emissions by 2070 may appear ambitious. India made four extra ambitious pledges to help accomplish this goal, all of which must be fulfilled by 2030.

If India’s coal-dependent power sector is to reach its lofty goals, it will need to undergo considerable adjustments. According to BloombergNEF data, coal-fired power plants generated more over 70% of India’s electricity last year. To attain its goal of carbon neutrality, India will need to adopt a long-term plan beginning in 2030. Money, on the other hand, is central to the evolution of this issue. Despite this, India is making advances toward adopting clean technology for a better world by implementing the strategies listed below.

With this in mind, we at Invetso lingo have compiled a list of 5 stocks for the near future that bet on sustainable energy and pure technological topics.

clean green renewable stocks that can give multifold returns

It is a web-based energy management system. 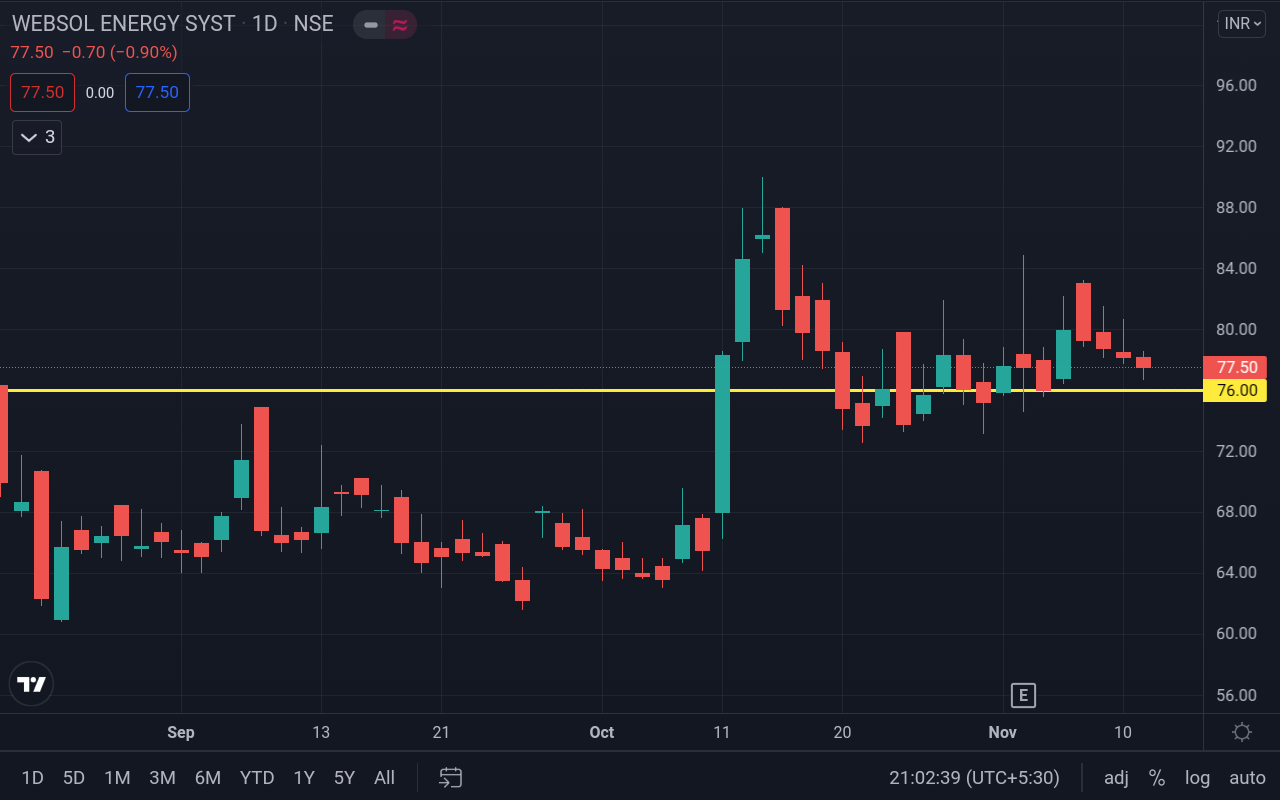 Solar cells and modules are made by Websol Energy System.

The company is one of India’s largest solar cell and module manufacturers. It’s the only pure-play solar cell manufacturer on the stock exchange, catering to India’s rising renewable energy revolution needs.

The corporation erected a solar power plant in fiscal 2021 that will generate 110,089 KW per year of energy.

At its state-of-the-art facility in Falta, SEZ, the company has also invested in cutting-edge developments to manufacture world-class photovoltaic cells and solar modules. The plant has a 250 MW cell and 250 MW module production capability.

Borosil Renewables specialises in the production of low-iron solar glass for use in photovoltaic panels. It is India’s first and only solar glass manufacturer.

Thinner completely tempered solar glass from the company fills a gap in the market for glass modules.

India’s solar glass needs are satisfied on a daily basis by imports from China and Malaysia. Borosil Renewables, being the only solar glass manufacturer, captures a significant portion of this demand.

The corporation is boosting capacity to meet tremendous unmet demand.

With the government’s ambitious goal of constructing 100 GW of solar power by 2025, the firm is poised to surf the green energy wave. 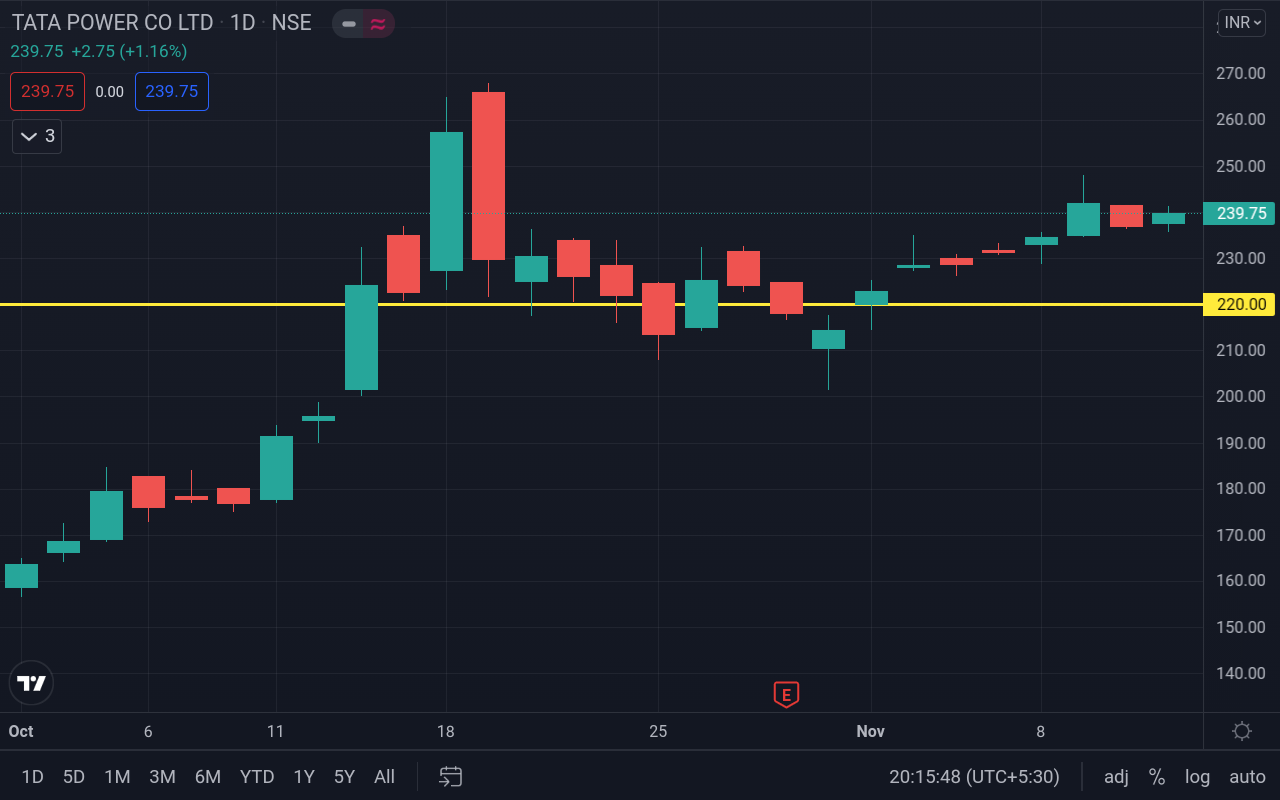 Tata Power is transforming itself into a force to be reckoned with, from EV charging infrastructure to renewable energy.

The stock is all the rage these days, and rightfully so.

It has set a lofty goal of increasing the share of clean energy in the economy to 80% by fiscal 2030, up from the current 31%.

In a move toward renewable energy, Tata Power has also chosen to stop developing new coal-fired power plants. This merely demonstrates that the company’s transition to the green sector is well underway.

According to recent reports, Tata Power is aiming to raise roughly Rs 55 billion for its green sector, six months after withdrawing from talks with Malaysia’s Petronas for a US$2 billion investment.

Tata Power’s stock has increased by 318 percent in the last year, with the majority of the gains occurring in the last month. 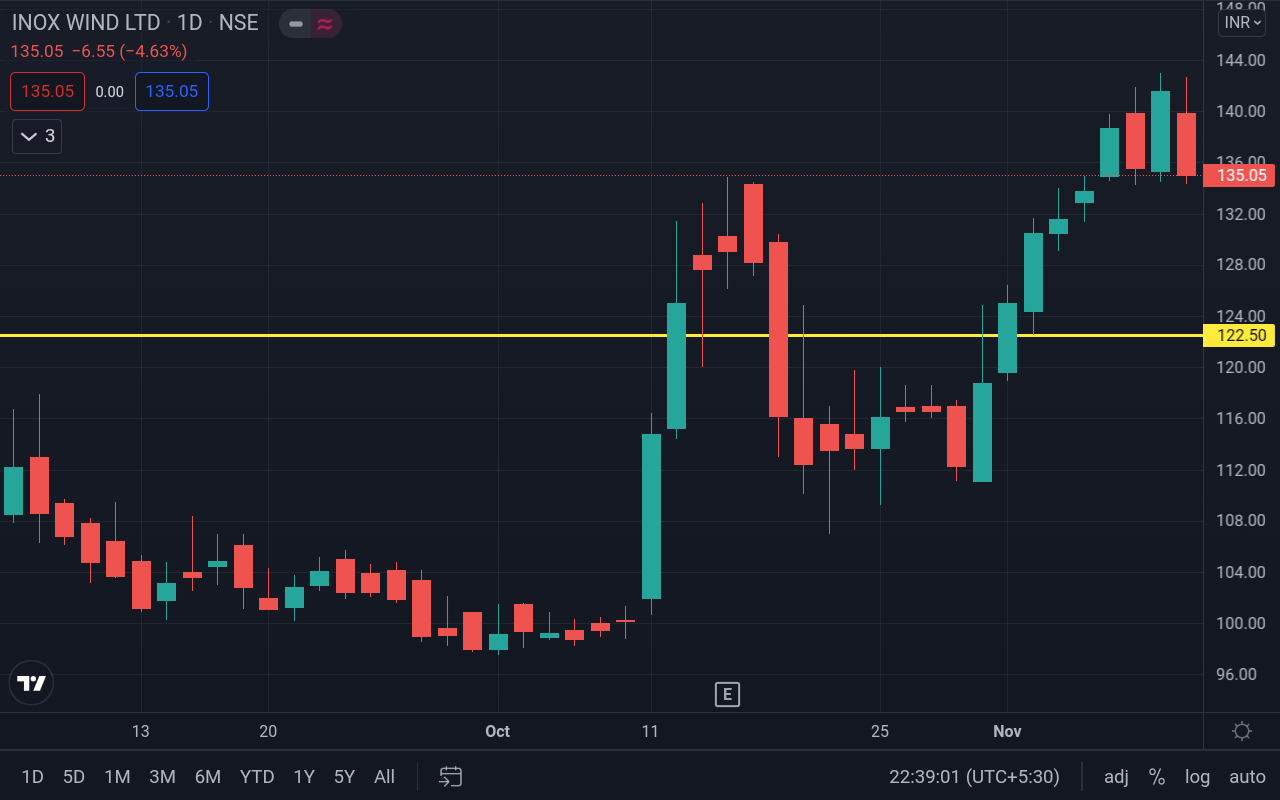 Inox Wind is one of the largest manufacturers of wind turbine generators (WTGs) in India. It manufactures wind turbines to produce green energy without creating pollution or global warming.

Wind Energy is critical to India’s green and clean transition. Inox Wind, as a market leader in the wind energy sector, stands to benefit.

Green hydrogen and green ammonia, both of which are touted as future fuels, can be produced with the help of wind energy.

Blades, tubular towers, hubs, and nacelles are all manufactured in Inox Wind’s state-of-the-art facilities in Gujarat and Himachal Pradesh ,with a plant  about to open in uttarakhand  . 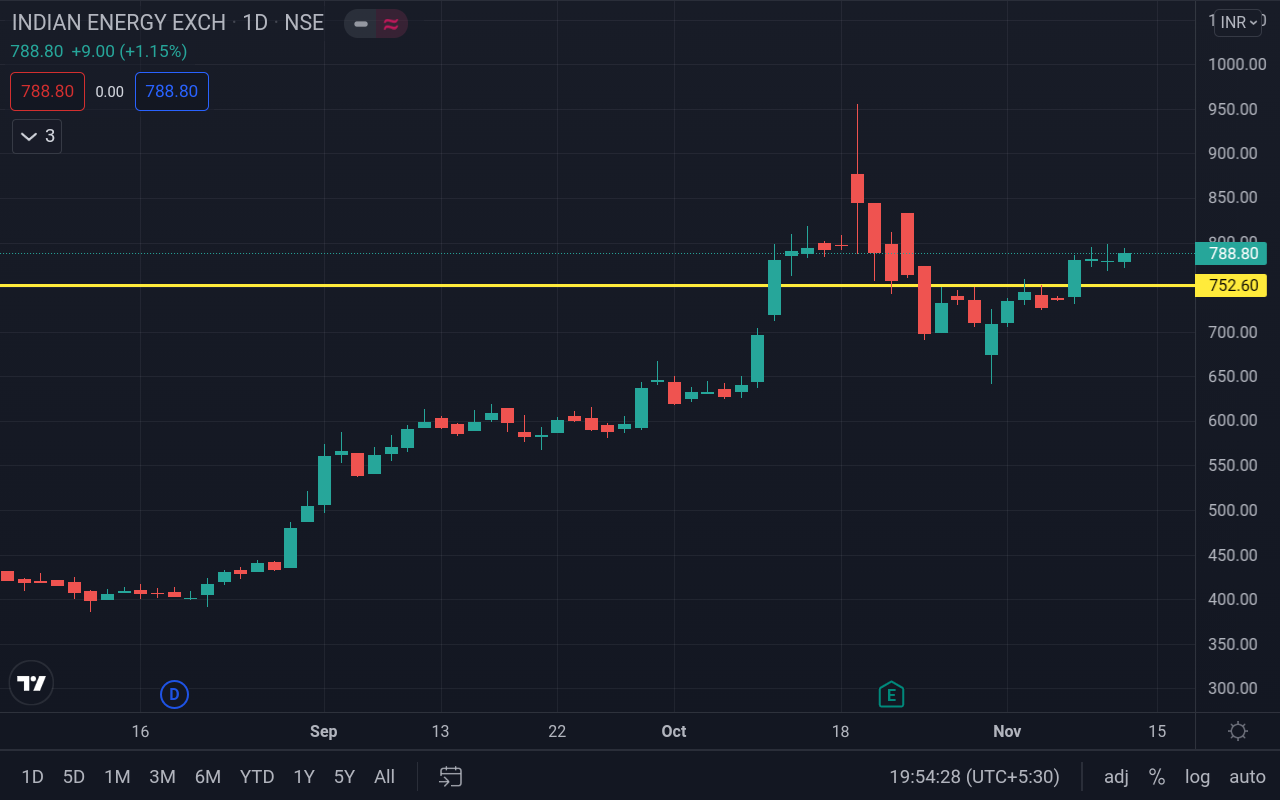 The Indian Energy Exchange is the country’s leading energy exchange, offering a statewide automated trading platform for the actual delivery of power, renewable energy, and certificates. In an effort to develop an integrated South Asian Power Market, IEX has lately pioneered cross-border energy trade, expanding its power market outside India. IEX is powered by cutting-edge, intuitive, and customer-centric technology that allows for efficient pricing discovery and simplified power buying.

More than 6,800 members from 29 states and 5 union territories are part of the IEX ecosystem, which comprises 55 distribution utilities and 500 traditional generators. It also has approximately 4400 commercial and industrial clients, including metal, food processing, textiles, cement, ceramics, chemicals, automobiles, information technology, institutional, housing, and real estate, as well as commercial organisations.

The Indian Energy Exchange (IEX) is the country’s leading electrical exchange, facilitating electricity transactions. The multibagger stock has gained more than 135 percent in the last six months, and has returned more than 260 percent year-to-date in 2021. The stock has recovered from a low of $220 in January this year to a current price of $779.

Only time will tell whether India succeeds in meeting its lofty goals. For the time being, it is evident that India has taken on more than its fair part of the burden of addressing climate change, but as responsible citizens, we can continue to invest in clean, green, renewable stocks and investment ideas that will ensure long-term development.
To know more about the stock market and other sector subscribe to, Investo Lingo.

Gennex labs is a good stock: all you need to know